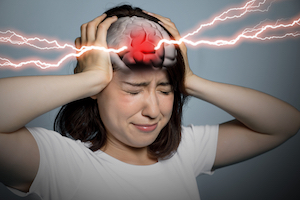 Should you be the victim of heavy bleeding after a surgical procedure, then you can turn to this West Palm Beach Post-Operative Hemorrhage Lawyer for assistance. Hemorrhaging is defined as heavy bleeding, either inside or outside of the body. It frequently occurs either during or after a procedure.

If this occurred to you, then you may be able to pursue a medical malpractice case against the doctor that made the mistake.

Hemorrhaging may be either internal or external. If the bleeding is internal, then it may occur either immediately after the surgery or later on. If it occurs immediately after the procedure, then it may be noticed by medical personnel. However, if it doesn’t occur until much later, then the patient may be home and may not notice it. After all, the symptoms of internal bleeding may not immediately be apparent. By the time symptoms are noticed, it may be too late to do anything – and tragic death can result.

If your loved one passed away as a result of internal bleeding, then you may be able to pursue a wrongful death case on your loved one’s behalf. In this case, once an estate is established, a relative or family member will usually be named the personal representative of the estate (i.e., the “PR”). That person will carry the case forward as the “Plaintiff.” Once the case has been resolved, the decedent’s survivors will receive the proceeds. These survivors are referred to as the beneficiaries of the estate.

Contact Mr. Quackenbush today if you’ve been the victim of post-operative hemorrhage anywhere in Florida (including Broward County, Fort Lauderdale, Miami and Miami-Dade County). This West Palm Beach Post-Operative Hemorrhage Law Firm can get you compensated for your injuries. Mr. Quackenbush will talk to you today for free if you call 954-448-7288.

Blood is designed to clot. Coagulation is a term used to refer to the blood’s ability to clot. Coagulation is what allows the body to stop bleeding, whether that bleeding be internal or external. However, the blood of certain patients has less ability to clot than others. As such, some people are more prone to experience heavy bleeding after a surgery.

This is what makes it critical to properly monitor a patient after a procedure. After surgeries, doctors are supposed to monitor their patients. This is because post-surgical complications can potentially develop. Amongst these complications is hemorrhaging. Patients don’t always know the signs to look out for to detect such heavy bleeding, so it is important for the surgeon to monitor the situation.

Such monitoring can occur in the hospital setting or in the form of post-surgical follow-up appointments. If the surgery occurred in the hospital, then it is important that the patient not be released too soon. Certain procedures require patients to stay in the hospital for certain amounts of time. If you were released after a surgery before you should have been, then you might have a medical malpractice case against the surgeon or hospital that released you.

Once you’ve been released, your doctor should continue to follow-up with you to make sure that complications don’t develop. These complications can involve hemorrhaging and post-surgical infections. If your doctor doesn’t set these follow-up appointments and you are harmed as a result, then again you may have a medical malpractice case against the doctor.

Many times, hospitals will have a financial incentive to discharge patients quickly after surgical procedures. After all, there is only so much space in a hospital, and it may benefit the hospital financially to keep patients coming into, and leaving out of, the hospital. As such, you may be quickly discharged from the hospital after your surgery. If Mr. Quackenbush can prove this, either through testimony or documentary evidence, then he will use this in your case.