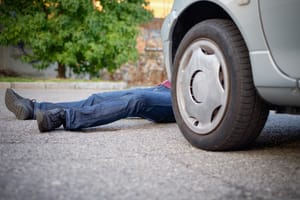 If you’ve been hurt while walking on-foot, call this West Palm Beach Pedestrian Accident Lawyer today. A pedestrian is a person who walks on a roadway, which may be public or private. While walking can get you where you’re going and can be a very healthy form of transportation, it can also be highly dangerous – especially in Florida, where there seems to be many negligent drivers.

Pedestrian crashes occur for all sorts of reasons. These include poor/inadequate/lack of/dim lighting in the roadway. If this is the case, drivers may not be able to see pedestrians in the roadway and may hit them as a result, causing injuries.

If this occurred to you, then your case may be against the entity that was responsible for the lighting. This might be a governmental entity (the City, County or the State) or a private company/contractor hired by the governmental entity.

The only exception to this would come in the form of a “claims bill” passed in the State Legislature in Tallahassee. A claims bill might allow you to recover more than the $200,000, although it is very difficult to pass a claims bill.

Additionally, in a sovereign immunity case, you will need to give the governmental entity six-months notice before filing your lawsuit – so it is important to contact Mr. Quackenbush as soon as possible.

If the lighting was the responsibility of a private entity/company, then you will not need to deal with these restrictions/limitations.

Should you be the victim of a pedestrian wreck anywhere in Florida (including Broward County, Fort Lauderdale, Miami, and Miami-Dade County), contact Mr. Quackenbush at 954-448-7288. Turn to this West Palm Beach Pedestrian Accident Law Firm today. Mr. Quackenbush will talk to you about your case for free.

Hit-and-run accidents frequently involve pedestrians. This is because drivers of vehicles which hit pedestrians know that they can easily get away from the scene of accidents without getting caught (after all, the pedestrian can’t catch them!).

Nevertheless, if you’ve been the pedestrian victim of a hit-and-run crash, you might still be able to determine the identity of the hit-and-run driver. For example, many pedestrian wrecks occur at intersections. Frequently, red-light cameras exist at intersections, and these cameras might have captured your accident. If the red-light camera did in fact capture your crash, you might be able to see the license plate of the other driver on the video. Police can then use the license plate number to figure out the identity of the wrongdoer.

If the wreck did not occur at an intersection, then you might still be able to ascertain the identity of the hit and run driver by getting the red-light cameras of nearby intersections. After all, the hit-and-run driver might have driven through those intersections immediately after the collision, and so his or her license plate could have been caught on that footage.

Mr. Quackenbush will also frequently look to nearby businesses to see if they had surveillance footage that might have captured the accident. This might include:

If you remember only a portion of the license plate of the person who hit you (or if you can only see a portion of it on the red-light camera), you should still give this info to the police. The police are very good nowadays at locating wrongdoers using only a part of a license plate.

You might be entitled to “PIP” (or “personal injury protection”) benefits if you’ve been the victim of a pedestrian collision in the State of Florida. P.I.P. will cover you for up to $10,000 of your medical bills or lost wages/time missed at work if you’ve been involved in a motor vehicle accident in Florida.

If you were walking outside of a crosswalk at the time of your accident, the defense may argue that you were at fault for your own injuries. Nevertheless, in that case, Mr. Quackenbush will likely argue that the vehicle driver had the “last clear chance” to avoid the accident. That is, drivers are supposed to avoid hitting all pedestrians – this includes pedestrians not walking in cross-walks. Therefore, if a driver of a vehicle fails to avoid hitting a pedestrian crossing the street outside of a crosswalk, the driver of the vehicle will still bare some responsibility.

Pedestrian accidents frequently involve catastrophic injuries. This is because pedestrians are not protected by a vehicle around them. As such, injuries to pedestrians after an accident may include:

However, if the case involves a death, then the statute of limitations is only two-years. In such a wrongful death case, an estate will need to be set up on behalf of the person who died. One of the decedent’s loved ones will usually be appointed as the “personal representative of the estate,” and proceeds from the case will go to the decedent’s survivors (the “beneficiaries of the estate”).

To Get Compensated for Your Injuries, Call this South Florida Pedestrian Collision Attorney/Lawyer