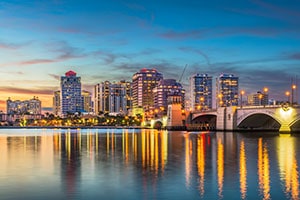 In order to determine if the property where you were injured was in a high-crime area, Mr. Quackenbush will likely get the area’s “crime-grid.” The crime-grid shows the numbers of times that the police were called out to a certain area. It also shows the nature of those calls (e.g., burglary, domestic violence, etc.). If many calls regarding violent crimes have been made in the area where you were hurt, then the business or company where you were injured may be even more responsible. Mr. Quackenbush is normally able to obtain the crime-grid directly from the police agency in charge of the area.

There are several different types of negligent security cases. For one, there are lack of security cases. This would be if no security was provided at a property owned by an individual or other entity (e.g., no security guards, etc.) and a crime which caused you injuries resulted. If this occurred to you, then you might have a case against the business or company that failed to provide any security.

On the other hand, the business or company might fail to properly train its security guards, resulting in the allowance of crime and consequent injuries. This would be referred to as a negligent training case.

The business or company might also fail to terminate its security guards when it should do so (for example, after they’ve made mistakes on the job). This can lead to crime and resulting injuries on the property. This sort of case would be referred to as a negligent retention case.

Finally, the business or company might fail to properly supervise its security guards, again resulting in the allowance of crime and consequent injuries. This would be referred to as a negligent supervision case.

Call Mr. Quackenbush at 954-448-7288 if you’ve been harmed as a result of crime allowed by negligent or inadequate security on the property of another person or entity. This West Palm Beach Negligent Security Law Firm has the experience to be able to help you. Call for a free, no obligation consultation today.

A typical negligent security case is governed by a four-year statute of limitations. This means that you have four years from the date of your incident/injuries to file a lawsuit in your case. If you don’t do so, your case will be forever time barred.

However, the fact that you have four years from the date of the incident to file your lawsuit doesn’t mean that you should delay. There is a lot that goes into the filing of a lawsuit, and so you don’t want to wait until the last minute. Call Mr. Quackenbush as soon as possible so that he can begin the process.

In a standard negligent security case, there are typically two potential defendants: the criminal and the owner of the property that allowed the crime to occur as a result of negligent/inadequate security. If both of these defendants went on the verdict form, most juries would assign most of the fault to the criminal. After all, it’s the criminal that did the crime! On the other hand, the property owner is, at worst, guilty of negligence or carelessness.

The problem with this is that most criminals do not have the means to be able to pay a large judgment. As such, it would be a very bad result if a jury assigned most of the fault to the criminal in your case, rather than the property owner that allowed the crime as a result of inadequate/negligent security.

However, this isn’t actually a problem in reality because, as mentioned above, the criminal does not typically go on the verdict form in a negligent security case. As such, it is typically only the property owner that the jury is asked to “judge” and award a verdict/judgment against.