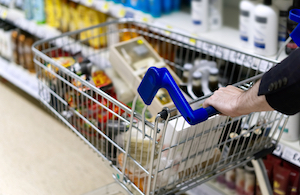 If you’ve been injured while shopping, contact this Fort Lauderdale Walmart Accident Lawyer. Walmart is a retail corporation that operates a chain of department stores. Although Walmart is a popular store, it can also be quite dangerous. The sheer size of most Walmart stores can present many hazards. Additionally, Walmart stores can be busy, and so various dangers can exist due to the heavy traffic.

Accidents can occur in various ways at Walmart. For one, people frequently slip and fall or trip & fall in Walmart. This is because Walmart is such a big store with so much merchandise and activity that things can wind up on the floor. If you’ve fallen on an object or liquid (soda, juice or water) on the floor/ground of Walmart, the key will be to prove that Walmart was on “notice” of the condition. That is, in order to win your case, you will need to prove that Walmart employees either knew of the dangerous condition or should have known of it.

On the contrary, in order to prove that Walmart employees should have known of the dangerous condition (i.e., had “constructive notice” of it), you will need to prove that the dangerous condition existed for long enough that the employees should have become aware of it. You can do this by providing circumstantial evidence (e.g., the water on the ground/floor had tracks or dirt in it – indicating that it must have been there for some time).

Sometimes injuries in Walmart are caused by Walmart employees themselves. For example, a Walmart employee may negligently trip or knock you over. If this occurs, then you may be able to pursue a personal injury case against Walmart itself. This is because Walmart is said to be “vicariously liable/responsible” for the actions of its employees under a theory of “respondeat superior.”

The only exception to this will be if Walmart is able to successfully argue that the employee acted “outside the scope” of his or her employment (i.e., the employee’s negligence was committed while he or she was doing something he or she was not supposed to do – like committing a crime, for example). However, in that case, you may still be able to pursue a negligent hiring, negligent retention or negligent supervision case if you are able to show that Walmart knew the employee was a bad employee or had a negative work history, etc.

Because there is so much merchandise typically existing in Walmart stores, merchandise does occasionally fall off of the rack and injure customers. If this occurred to you, then you might be able to pursue a personal injury case against Walmart.

Finally, occasionally walls, ceilings or roofs will collapse in Walmart stores and injure customers. If this occurred to you, then again you may be able to pursue a personal injury case against Walmart.

Finally, Walmart is responsible for providing adequate security in its stores. If it doesn’t do this and a crime results which causes injuries, then Walmart will be responsible. This is referred to as a negligent security case.

A negligent security case will be strongest if the Walmart where the crime occurred was in a “high-crime” area. You can show that the Walmart was in a high-crime area by obtaining the “crime grid” for the area. The crime-grid shows all of the crimes that have been reported in the area for a certain period of time.