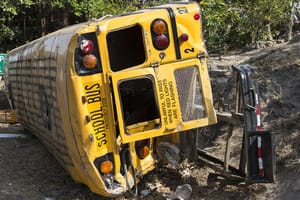 Should you be hurt while travelling, call this Fort Lauderdale Train Station/Bus Station Accident Lawyer today. Accidents happen in train stations and bus stations all of the time. Part of the reason for this is that there is so much activity/commotion in these places. People who may be late run around trying to catch their train or bus, and accidents can happen. If this occurs to you, you may be able to pursue a personal injury case.

Accidents in train stations may also occur when people fall onto the tracks and are hit by oncoming trains. They may also include situations where train conductors fail to slow their trains in time to stop at the station and cause a crash/wreck as a result.

Accidents in bus stations may include situations wherein bus drivers hit pedestrians at the bus station or people waiting for a bus.

Moreover, when you bring a sovereign immunity case, you will typically be limited to only $200,000 in compensation. That is, under normal circumstances, you won’t be able to recover anything more than $200,000 in a case against a governmental entity.

The only exception to this would be if you were able to pass legislation/a bill in the State Legislature in Tallahassee called a “claims bill.” A claims bill can waive the sovereign immunity cap and allow you to recover more than $200,000 in compensation.

Trains in Florida include the Brightline train, the Tri-Rail, the Metrorail, the Metromover, and the People-Mover/Monorail.

Types of buses include City and County buses. They also include private, commercial bus carries such as Greyhound.

Call Mr. Quackenbush at 954-448-7288 if you’ve been hurt in a train station or bus station anyplace in Florida (including Miami, Miami-Dade County, Palm Beach County, and West Palm Beach). This Fort Lauderdale Train Station/Bus Station Accident Law Firm can help to get you the compensation you deserve. Mr. Quackenbush will talk to you about your case for free.