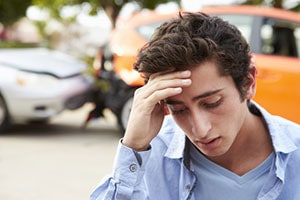 If you or a loved one has been hurt in an accident involving a young person, contact this Fort Lauderdale Teenager Car Accident Lawyer today. Accidents can involve people of all ages. However, because of the relative inexperience of young drivers, accidents may involve teenagers more than older people. This is the reason why insurance rates typically go up for a policy which covers teenage drivers. If you were injured by a teenage driver, you may be entitled to compensation.

One issue in a teen-accident case is frequently that the teenage driver did not own the vehicle that he or she was driving at the time of the accident. However, in the State of Florida, owners of vehicles (oftentimes the parent of the teenager) are responsible for any injuries caused by their vehicles. Therefore, if you were injured by a teenage driver who was driving his or her parents’ car at the time of the accident, then you may be able to pursue a case against the parents. This is pursuant to a legal theory called the “dangerous instrumentality” doctrine. The dangerous instrumentality doctrine dictates that, because motor vehicles are inherently dangerous, a vehicle owner must be careful who he or she lends his or her vehicle to. If the vehicle is given to a dangerous driver (e.g., a teenager without much driving experience), then the owner will be liable for any injuries caused.

Should you or a loved one be injured in a teenager-related collision anywhere in Florida (including West Palm Beach, Palm Beach County, Miami or Miami-Dade County), call Mr. Quackenbush today. His Fort Lauderdale Teenager Car Accident Law Firm can help to get you the compensation you deserve. You can reach Mr. Quackenbush today at 954-448-7288.

Many accidents involving teenagers also involve drug and alcohol use, drinking and driving, drunk driving, etc. If this is the case and you were injured as a result, then you may be able to pursue punitive damages. Punitive damages are designed to punish the wrongdoer, as opposed to compensatory damages which are intended to actually compensate the injured person. In order to obtain punitive damages, you will need to file a motion in court – which will need to be granted by the Judge.

Many teen-crashes are also caused by texting and driving, distracted driving, etc. This is because teenagers have been proven to use their phones while driving more frequently than other drivers. Again, if your crash was caused by a texting and driving teenager, then you may be entitled to punitive damages – but that is something that will have to be approved by a Judge.

Teenagers and other young people/children may also be injured in car crashes themselves. When this happens, the teenagers (like other hurt people) are entitled to compensation for:

Further, if a child under 18 obtains a settlement, then that settlement will typically need to be approved by a Judge.