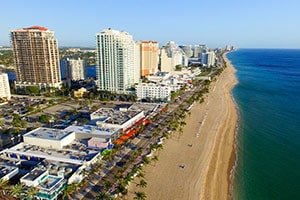 If you’ve been hurt in a side impact/sideswipe accident anywhere in Florida (including Miami-Dade County, Miami, West Palm Beach, or Palm Beach County), contact Mr. Quackenbush today. This Fort Lauderdale Sideswipe/Side Impact Law Firm can fight to get you compensated. Call Mr. Quackenbush today at 954-448-7288.

If this occurred to you, it will be important to obtain information for any witnesses. Such witnesses may be able to testify in Court later on that the negligent driver drove through the stop-sign or red-light.

Additionally, if the crash was at an intersection, then it will be important to determine if the intersection had any red-light cameras. If it did, then such cameras may have captured the wreck. However, in that case, it will be important to obtain the footage from the red-light cameras as quickly as possible. After all, many such cameras run on “loops,” which means that they tape over themselves every so often (10 days, 30 days, etc.). If you don’t obtain the footage from the cameras within a certain amount of time, then it may be lost forever.

In a sideswipe/side impact collision, there may be heavy damage to your vehicle. If this is the case, then it will be important to take pictures of the damage. After all, after an accident, your car will probably be repaired. Once the vehicle has been fixed, it will be too late to take photographs – and there will be no way of obtaining evidence of what your vehicle looked like (i.e., how bad the accident was). Heavy damage to a vehicle is evidence of a severe impact, so it is important to take these pictures as soon as possible.

Most vehicles today are equipped with side-airbags. These airbags will deploy and protect vehicle occupants if they are impacted on the side. If you are involved in a sideswipe/side-impact crash and the side-airbags don’t deploy, then you may have a case against the manufacturer of the defective airbags. This would be referred to as a products liability case.