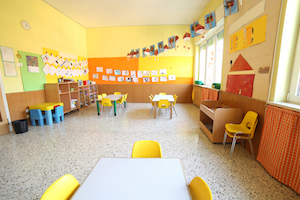 If you are seeking compensation for your child due to his or her injuries, turn to this Fort Lauderdale School and Daycare Accident Lawyer. While schools and daycares can be great places for children, they can also be dangerous. Such danger can be caused by many things.

If your child has been hurt in a classroom or on the playground, one of the most important things to consider will be the teacher-to-child ratio in the classroom or on the playground. These ratios are controlled by state and federal regulations. That is, the ratios are not supposed to go over a certain number (for example, 10 children to every one teacher, or 20 children to every one teacher). This is because teachers can only safely watch and supervise a certain amount of children at a time. If the number of children a teacher is tasked with watching goes too high, the teacher may not be able to properly watch all of the children. As such, children may do things they aren’t supposed to do, and injuries may result.

Should your child be injured in a school or daycare in Florida (including in Miami, Miami-Dade County, West Palm Beach and Palm Beach County), call Mr. Quackenbush at 954-448-7288 to talk about your case for free.

Another thing you should do if your child has been injured in a school or daycare is attempt to get any surveillance footage at the school. Many schools and daycares have surveillance videotape. If the school where your child was hurt had such video, you should get it as soon as possible. After all, the incident that injured your child may have been captured on the footage.

However, if there was surveillance at your child’s school, you should get it as soon as possible. After all, many such tapes are on “loops.” This means that they tape over themselves every so often (i.e., every three days, or every thirty days, etc.). If you don’t get the footage as soon as possible, it may be lost forever.

If you hire Mr. Quackenbush to represent you in your case, he will attempt to get the surveillance video as soon as possible. He will also likely send a “preservation letter” to the school or daycare instructing them to “preserve,” hold onto and not destroy or alter the tape in any way. If the school or daycare disposes of or changes the tape after receiving the letter, it can be sanctioned by the judge in the case.

Occasionally, a teacher will assault students in a school or daycare. If this occurs, it will be important to obtain the teacher’s personnel file. If it turns out that the teacher had done the same thing before, then the school can be responsible for negligent hiring, negligent retention or negligent supervision. After all, the school or daycare is clearly responsible for hiring teachers that won’t hurt the children.

Finally, if the school or daycare where your child was injured was a public school, your case will be one of “sovereign immunity.” This means that there will be certain caps and restrictions on your case. For example, typically in a sovereign immunity case, the most you can recover is $200,000. Moreover, there are restrictions on when you can bring your case – so you should contact Mr. Quackenbush as soon as possible.