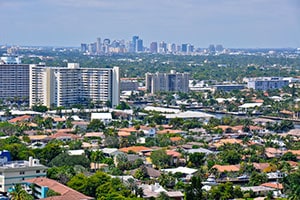 Should you be arrested and charged with a federal offense, call this Fort Lauderdale Federal Crimes Lawyer today for help. If you’ve been charged in federal court, you want to take the charges seriously. This is because, before indicting an individual federally, prosecutors typically make sure that their cases are fully prepared. As such, you will want to make sure that your defense is just as well prepared.

Additionally, in order to charge an individual in federal court, the prosecutors must typically get an indictment from a grand jury. A grand jury is a jury that sits/presides temporarily in order to indict individuals whom the “feds” (FBI, DEA, and ATF) have been investigating. As such, by the time you are arrested, the prosecutor’s case against you has been thoroughly vetted and approved of. It is thus extremely important that you have adequate representation against the charges.

Another reason that you should be prepared if you have been charged with a federal crime is that federal prosecutors are typically much more experienced than in State Court, where many prosecutors are fresh out of school. Federal Court prosecutors thus typically do a much more thorough job.

Additionally, penalties for Federal Court crimes are typically stiffer than in State Court. This is because there are typically strict “sentencing guidelines” in federal court that dictate that amount of time Defendants must do in custody, and also that give minimum sentences for certain crimes.

Broward County is located in the Eleventh Judicial Circuit.

Likewise, a federal investigation can lead to State Court charges if it’s determined that the crimes are actually State crimes, rather than federal. In this case, the federal agency investigating the crime will frequently turn the investigation over to the State Court law enforcement agency in the jurisdiction.