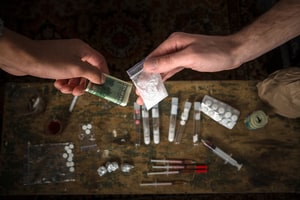 If you’ve been arrested for a drug crime anyplace in the State of Florida, then this Fort Lauderdale Drug Crimes Lawyer can represent you. A criminal arrest can result from all sorts of different drug crimes. Amongst these are drug possession. By far the drug that leads to the most arrests for possession is marijuana (i.e., “pot,” “weed,” cannabis, hashish, etc.). While many people believe that marijuana should be legal, the drug still leads to many arrests.

If the police wrongfully stop/detain you and find drugs during an unlawful search, Mr. Quackenbush may be able to file a “Motion to Suppress.” When he argues the Motion to Suppress, Mr. Quackenbush will argue that the police shouldn’t have stopped and searched you in the first place. In order to do so, the police need reasonable suspicion (once they find drugs, they need “probable cause” in order to make an arrest). If the police don’t have reasonable suspicion that a crime is occurring, they can’t do a stop and search.

Therefore, if Mr. Quackenbush is able to convince your Judge that the police didn’t have reasonable suspicion to believe that a crime was underway when they stopped and searched you, the Judge should suppress the evidence of the drugs that the police found on you – meaning that the Prosecutor or State Attorney won’t be able to use the evidence in Court. If this occurs, then your case will likely be dropped.