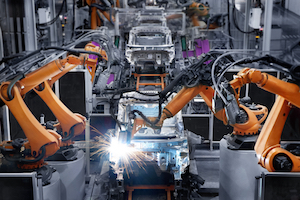 If you’ve been involved in a crash caused by a manufacturing defect in a vehicle, turn to this Fort Lauderdale Accident Caused by Manufacturing Defects Lawyer. Car accidents can be caused by all sorts of things. These include human errors. They also include problems with vehicles themselves or with vehicle equipment.

Many part of a vehicle may fail during an accident. These include:

If brakes fail, then accidents may result.

When seatbelts fail, vehicle occupants may become loose inside of their vehicles.

When seatbacks fail to remain upright during an accident and fall backwards, vehicle occupants may come out of their seatbelts and become loose inside of their vehicles.

When roofs “crush”-in on the occupants of their vehicles, serious brain, head and neck injuries can result.

Vehicles are meant to be “crashworthy.” That is, they are supposed to be built to withstand serious collisions and protect their occupants. After all, it is anticipated that unavoidably many vehicles will be involved in accidents after they are built. Car and truck manufacturers are aware of this and should build their vehicles to be prepared for this. If they don’t, they may be liable for any injuries that may result.

Additionally vehicle roofs are designed to withstand roll-over car accidents. That is, when a vehicle “rolls over,” its roof should remain firm and not cave-in. If it does cave in, then it may make contact with occupants’ heads and cause catastrophic injuries. If a vehicle’s roof does cave in during a roll-over car crash, then the manufacturer of the vehicle may be liable because the vehicle failed the “crashworthiness” test.

If you’ve been injured in a car accident due to a vehicle’s defects, it will be important to determine when the defects were created. If they were created during the manufacturing of the vehicle, then it will typically be the vehicle manufacturer that will be responsible. On the other hand, if changes were made to the vehicle after it left the manufacturer’s hands, then the liable party will be whichever entity made the changes (e.g. a distributor, a mechanic, whoever maintained the vehicle, etc.).

To Talk to this Broward County Accidents Caused by Manufacturing Defects Attorney/Lawyer, Dial 954-448-7288